Sup, my dears! I hope that you all have had a lovely day! Mine has been filled with bitterness and tears…

Anyways! Today I am doing a book tag. An … Avatar book tag because of course. But the anime – Avatar the Last Airbender – not the blue people Avatar. 😛

(I got the tag from the Book Loving Nut)

The twelve sisters from Entwined by Heather Dixon. Bramble, of course, being my favourite. These sisters, though, are just everything.

Katniss and Peeta from, you guessed it, The Hunger Games. I mean, how could I NOT put them on here? It is literally their thing.

Blood bending: a book with a disturbing concept

I’m actually gonna go with The Game in this one. The book by Terry Schott just sent me into an existential crisis. You know, no big deal.

Everything is set in a game world and it make me think how do we know that everything is real?

A Thousand Perfect Notes‘ Beck. Everyone doubted him – and I did, too. But the dear boy proved us wrong.

Audrey Rose from Stalking Jack the Ripper is a great candidate, as well.

I have to go with Amani from Rebel of the Sands and Nemesis from The Diabolic. They are both kickass characters.

You know, there are so many characters that I just can’t think of and it is driving me CRAZY.

But, since I finished it a little over an hour ago, I shall go with Morpheus from Splintered. My love, he is amazing and he doesn’t necessarily have an arc, but still. 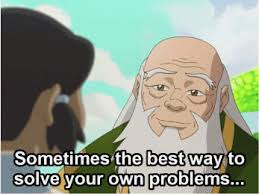 The Giver from, well, The Giver. Because come on.

Shocker, I’m gonna go with The Empress and Tyrus. It was just … yes. Brilliant, it was.

Tyra from The Ilyon Chronicles. She is just the cutest ever (a wolf, at that).

Lara Jean from To All the Boys I’ve Loved Before. (This, coincidentally, is a movie on Friday. FRIDAY.)

She is super sweet and super Hufflepuff, without a doubt. She also loves to bake, so she probably also makes cinnamon rolls.

I’m gonna use Mycroft from Every Breath. I just finished the second book, and am having a hard time bouncing back.

But yes, James Mycroft is perfect for this. He is super stubborn and has been hanging on to the past for seven years and we wouldn’t have him any other way.

So that’s what I think! How about all of you?? Who is the sweetest cinnamon roll? The biggest in-need-of-redemption?? Let me know and link me to your posts! But most importantly, do you love Avatar?!?!?