Today I have four books that I’m reviewing for you! I hope that you all enjoy and comment on how your book life is going (c’mon, I know that you’ve all asked out at least ONE fictional crush… 😛 ), which mini-review is/was (??) your favorite, and if you’ve read any of these books.

(Oh, and click on the covers for Goodreads links – which leads to summaries, author links, and Amazon!)

Beyond the Gateway by Bryan Davis (#2 in the Reapers trilogy):

I will admit, guys, that I didn’t like this near as much as the first (and after a reread of the first, I didn’t enjoy it as much as before). But I figured that I’d better hurry up and review this, seeing as the third and final book just came out. 😉

This book wasn’t as action-y as the one before, and it was more … romance-/relation-oriented. I have a friend who ships Phoenix with both girls to no end … and I just couldn’t stand either girl.

Sing and Shanghai still bothered me … especially how they (well, Shanghai) went all relation-y on Phoenix. That was definitely the focus of the book.

And, as is the typical Bryan Davis style, he can’t keep a freaking character dead. Like, what is this??? It really lessens the impact that deaths have, when you know that they’re going to come back to life. And when they do come, they’re as annoying as all get-out.

But, still, it was enjoyable. Just … I didn’t like it as much as some of his other books… 😉 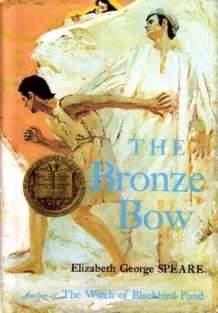 I had to read this for school, and was very skeptical. But guys – this book exceeded my expectations! (Except – they were kinda low.)

This book is parallel to Jesus gathering his disciples in the New Testament, so you see from a “non-believer’s” POV, and all the behind-the-scenes moments.

It does drag, and it takes a while to get through … but it kind of goes with the story, in a way. Daniel IS kinda annoying … but I think that everything else balances it out. Very history-rich and not super Christian-y.

So, um, ehhhh. This book was a little disappointing to me.

Let me just say: Rom-Com’s definitely aren’t my thing. Like, at all. But this book looked “cute” (and no, I don’t just mean Rishi on the back cover… 😉 😉 ), so I decided to give it a chance.

Well, nah. The whole premise was pretty cool, and just the lil’ tidbits of Indian history was pretty cool (when I was little, I was kinda obsessed with India…), but I just didn’t like the romance. It was (sort of??) a case of insta-love, and Dimple was annoying to me throughout the whole thing, except for the very beginning (I also see a decent bit of myself in Dimple … ahem). Rishi was adorable, though. ❤ 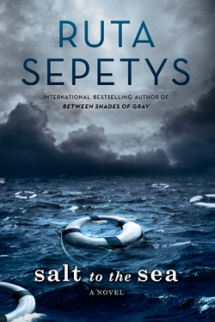 Salt to the Sea by Ruta Sepetys:

Ruta’s writing is just gorgeous! I can’t go without saying that. It’s so … emotion-packed and beautiful, and she definitely does her history.

This book is based on the Wilhelm Gustloff sinking (the biggest maritime disaster – yes, even bigger than the Titanic), and I LOVE how Ruta chose to expand on that – so few people actually know about the sinking.

Salt to the Sea is narrated by four “youngsters” – Emilia, Alfred, Joanna, and Florian. Emilia was just … just … </3 Her character was just so sweet! She’s a great example of war victims. Alfred was a sociopath-in-training – no joke. I pitied him so much (which he would hate, hate, hate!), and he made me super uncomfortable. Joanna had a small cameo in Between Shades of Gray (Ruta’s other book … which I loved!), and I just … I didn’t like her. I could appreciate her, but still… And Florian was just amazing. He was complex and believable. ❤

And a small quibble is that I didn’t enjoy the romance too much … but that was more just my personal opinion. 😉

Overall, I really enjoyed the book. You didn’t get much on the Willi G., and I felt like it could have been expanded a bit on, and the longest chapter was 4 pages (each chapter switched POVs), which made it hard to connect to characters, but it was still a lovely, eye-opening book.

And there you go, guys! I hope you enjoyed these little thoughts!!! Please comment below on how YOUR bookly reading has been going!! All my books are boxed up right now, making me a sad reader… 😥 But I’d love to hear about YOU!!! See ya! 😉